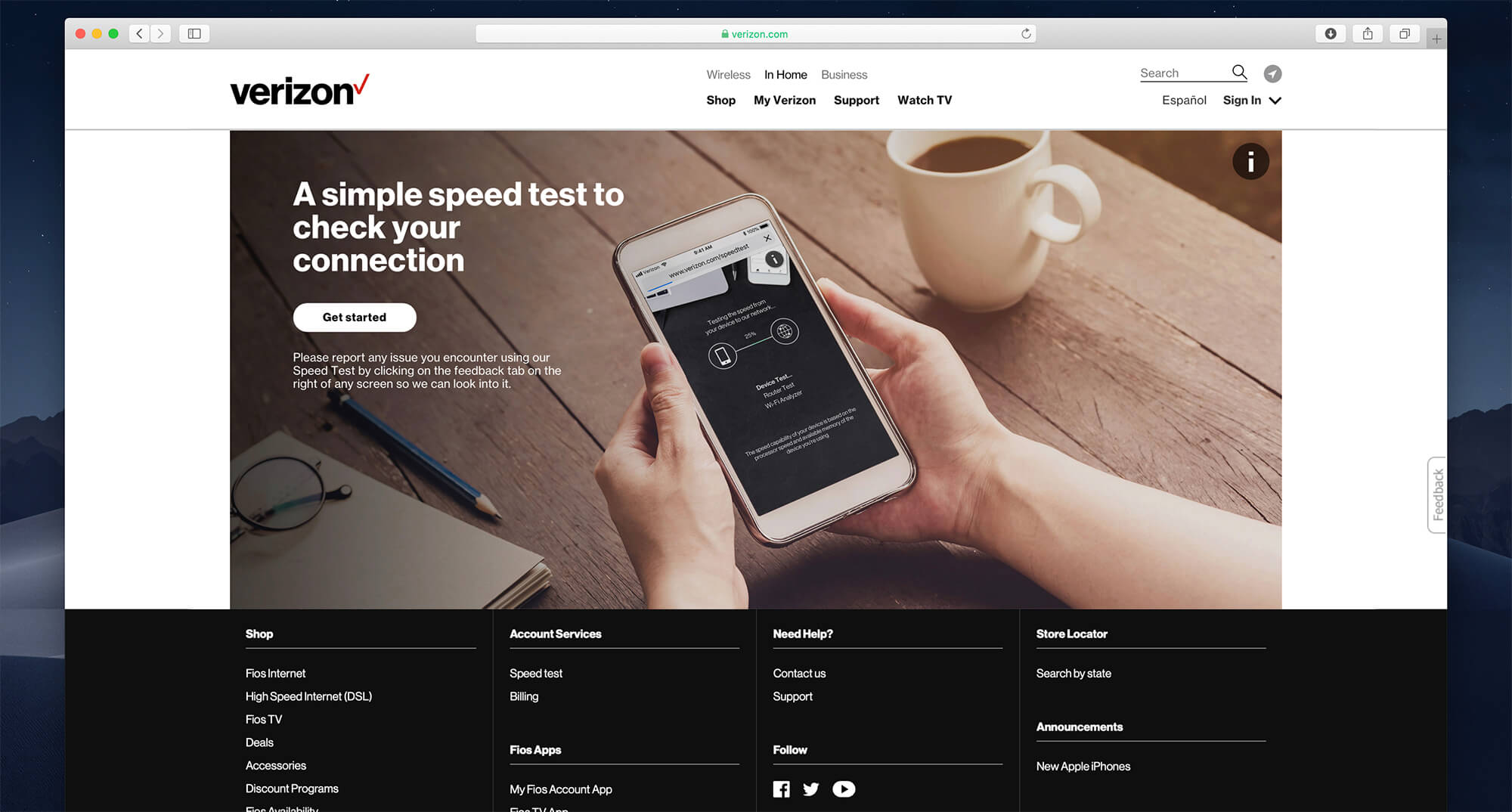 To make sure that users are getting the speeds that they are paying for, speed testing websites and platforms have been developed which provide the users with the statistics of their internet connection to find out whether you’re actually receiving those speeds or not. Most users trust their ISPs with their internet speeds, but some ISPs tend to throttle the internet connection on purpose and the users may be weetless about it.

As you open the Verizon Speed Test website, the tool loads instantly with almost no waiting time and the interface of the tool are very clean and user-friendly. Not only does it look good, but is also easy to interact with. They run the speed test on a secure site, so there is no security issue.

As far as the results go, then the results that you get from Verizon Speed Test cannot really be trusted due to a few reasons. First, the results are very inaccurate because the latency is about 10 times longer than recorded on other websites. The download and upload speeds also vary from test to test, sometimes you may be getting half of what you’re paying for and sometimes twice than what you’re paying for, wildly inaccurate.

The tool also doesn’t tell the users about the location from where it is performing the speed test and it takes about twice the time to complete the speed test as compared to its competitors. Although the results can be accurate sometimes, most of the times the Verizon Speed Test tool is just unreliable to get accurate results.