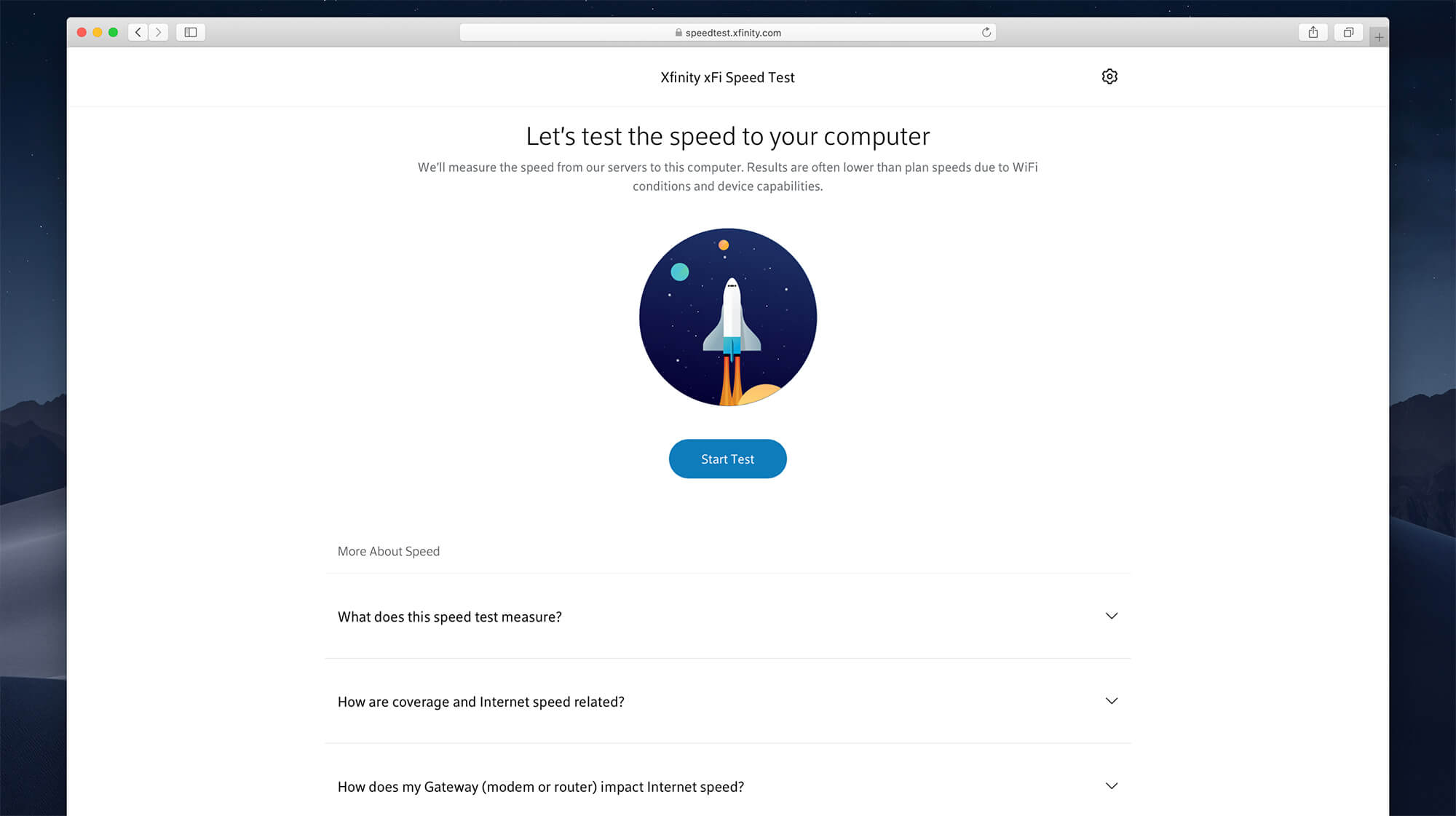 Xfinity Speed Test is a popular speed test tool through which you can determine your internet connection. Unlike other speed tests, Xfinity Speed Test is the one that you can rely on. After the tests, the results that it shows are accurate and close to the actual speed that you’re getting. It tells you accurate stats about your download speed, upload speed, and latency.

Most users blindly trust their ISPs with the speed they are providing because they think that their ISP is providing them the full internet speed that they are paying. While this may be true in most cases, in some cases that isn’t really the case. You may be paying for speeds much higher but you may not be getting those speeds because your ISP may be throttling your internet connection. Throttling means intentionally slowing down your internet connection and ISPs do so due to one reason or another.

The website also has a very sleek and modern design on both desktop and mobile, perhaps one of the best looking designs. The test also lets you choose the location for performing the speed test, a feature that isn’t available in most of the speed tests. The advantage of this feature is that you can see how well your internet connection is performing for a particular testing location. If you want to use the nearest location, then the tool will automatically pick the nearest location.

After the test completes, you can share the results of the test if you want to and it also shows you several tips on how to further increase the speed of your internet connection.

This tool does have a few disadvantages, it doesn’t perform the test on a secure connection, doesn’t keep a history of all the previously performed tests and also doesn’t give much information regarding the IP address used for testing. Other than that, it is a reliable tool to check out the performance of your internet connection.