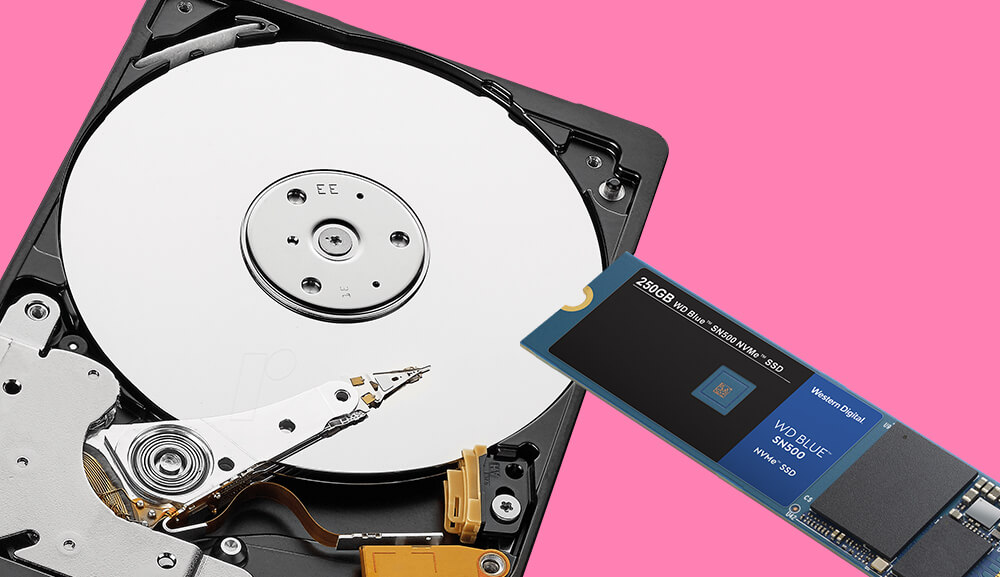 SSDs (Solid State Drives) and HDDs (Hard Disk Drives) both perform the same function of storing data but the way they store data different very much from each other.

Both of the drives have their own specifications and their own advantages/disadvantages. The difference between both is briefly stated below.

HDDs or Hard disk drives have been around for over 50 years and they are improving day by day. Their size is decreasing and their storage capacity is increasing.

HDDs consists of magnetic tape and have mechanical parts including a spinning platter.

The data is read/write on the platter which spins at different speeds such as 5400 rpm and these speeds show how fast the drive is able to read and write data.

The higher the spinning speed, the faster will be the speed of the HDD to read and write data.

As compared to SSDs, HDDs don’t stand much of chance except for the fact they have been in the industry for a long time, hence proven technology and are less expensive than SSDs and can offer more storage space at a much less price.

HDDs contain mechanical parts that are used to read and write data and as compared to the electronic method of retrieving data on the SSDs, the physical method of HDDs is much slower and the mechanical parts can fail to work if handled roughly.

HDDs are also much heavier than SSDs and consume more energy.

SSDs or Solid State Drives can be thought of as oversized and sophisticated USB sticks. Just like USBs, SSDs don’t have any moving parts instead the data is stored on microchips.

SSDs use NAND-technology and uses a controller to perform the operations of reading and writing data.

It doesn’t have a spinning or mechanical part which reads and writes data instead the controller is used and this controller is much faster than the spinning platter of HDDs.

SSDs are much faster than your normal HDDs and they can impact the overall speed and performance on your PC because on SSDs, it would be easier for Windows to boot up and locate data.

SSDs provide faster load times for games, applications, and movies and they are also much lighter than HDDs, consume less energy and this lets your PC to run cooler.

The only drawback is that SSDs are newer technology and they are comparatively much more expensive than HDDs.

This price difference between both the storage devices can impact a user’s decision.